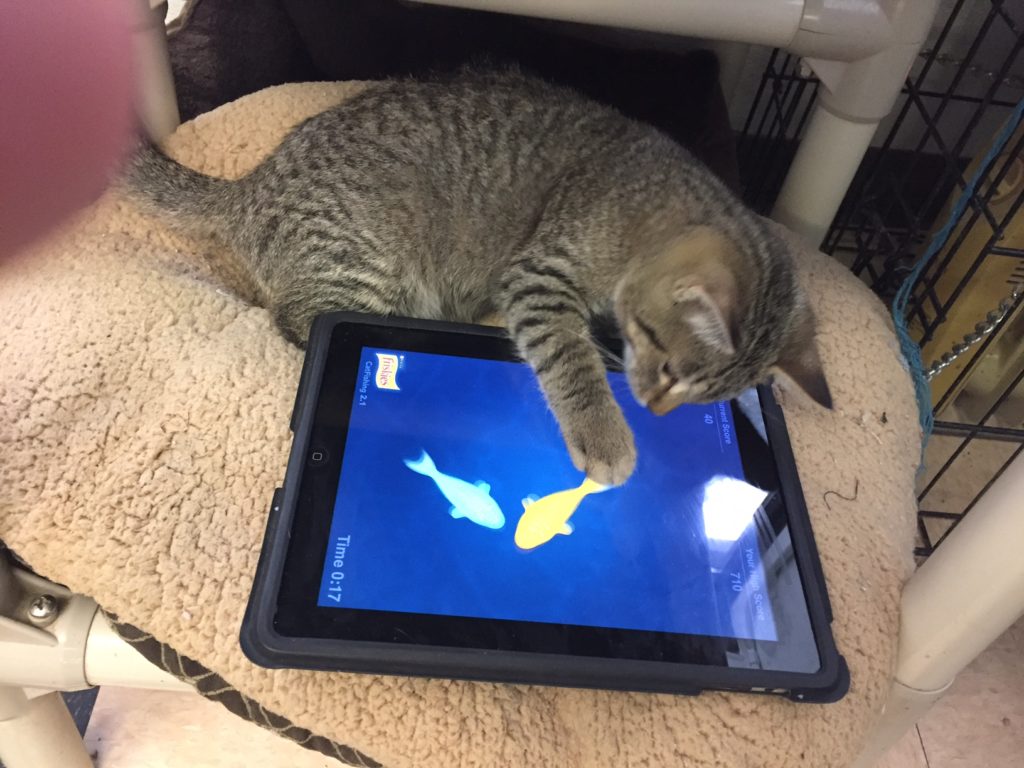 iPads are not just for humans – kitties can enjoy them too! In December 2016, the RHS launched an innovative new program to help our shelter cats engage in some fun time while waiting to be adopted – iPads for Cats.

In recent months, several interactive apps specifically designed for cats have been released that offer entertainment and exercise for felines. The games show fish, insects, mice and other enticing images that move, make sounds, and disappear while the cat eagerly tries to play and capture its prey. They even score points for each ‘catch’ they can achieve!

The games are just one of the many ways we can help keep our feline friends active and mentally stimulated throughout the day. The games also positively reinforce good socialization between the cats in our cat communal rooms, since many cats play at once on the iPad. This valuable added socialization will undoubtedly help cats if they are adopted into a multi-cat household.

The program caught the attention of local media and was featured on CTV Regina and CBC Regina. As attention grew, it was also featured on the CBC national website and later on Huffington Post USA and even People Magazine’s website. People even tweeted it on their Twitter account to the magazine’s over 7 million followers! To top it off, CBC’s This Hour has 22 Minutes even mentioned it on a recent episode!

We are currently using one older generation iPad which was kindly donated last year. If you are planning to upgrade to a new iPad and your old one is still in good working condition, please consider donating it so the program can be expanded. To do so, simply contact our Volunteer Coordinator at [email protected]