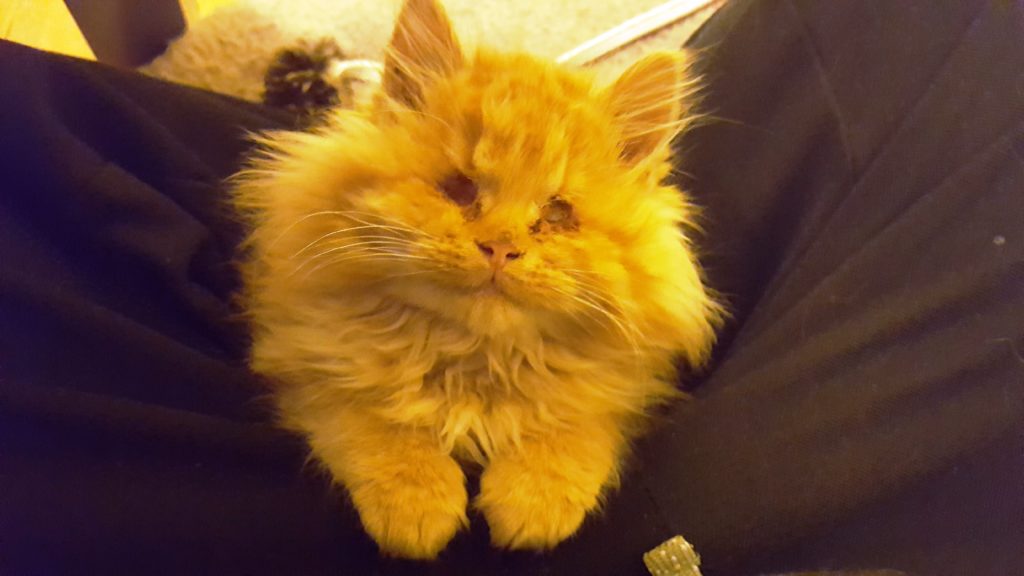 Many recall the story of a tiny, blind kitten found outside alone last November.

Oracle, as she was named, was brought to the warmth and safety of the Regina Humane Society. Oracle was lucky to be alive. She was underweight and could not have found food or shelter on her own as the harshness of a Saskatchewan winter quickly approached. 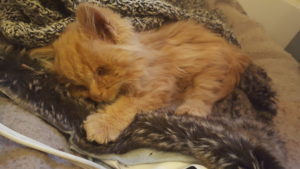 Under the supervision of the RHS Veterinary team, the young waif placed with a foster family so she could grow big and strong to have the surgery needed to remove her non-functioning eyes, which would prevent the constant risk of infection that would have plagued her for all of her life.

Oracle thrived, learning to play and romp with her canine foster companion Indie, until her surgery day arrived last month. After several weeks of recovery she finally was ready to find her forever home. 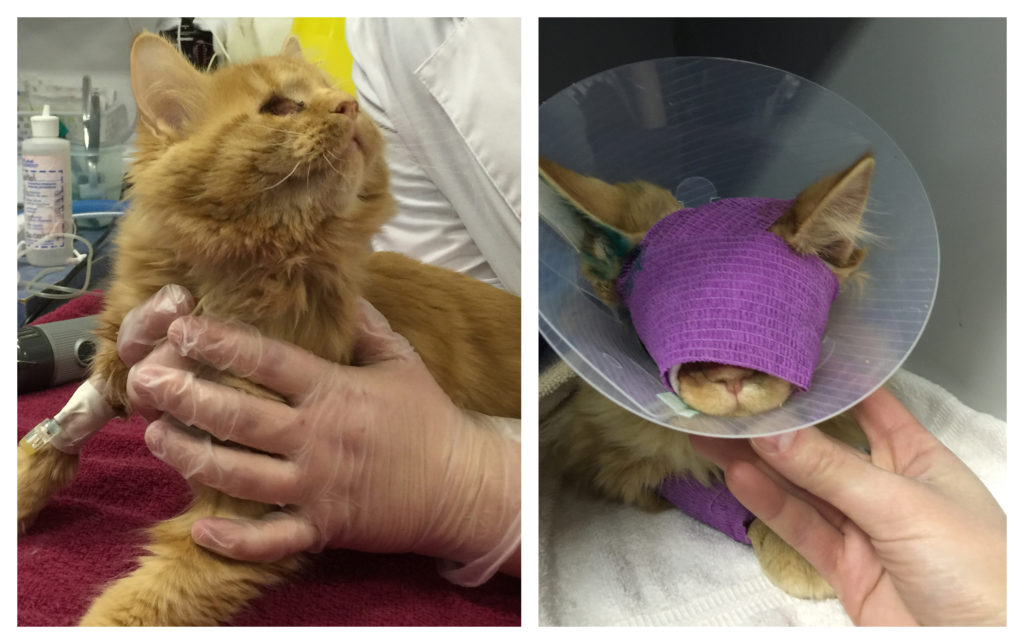 Oracle was given a second chance at life because of a caring, loving and generous community that rallied together and refused to turn its back on a helpless and abandoned kitten. In late March,  she began the next chapter of her amazing story when she was adopted by a loving family – a tale that almost began as a senseless tragedy, will now live on as a wonderful happy ever after. 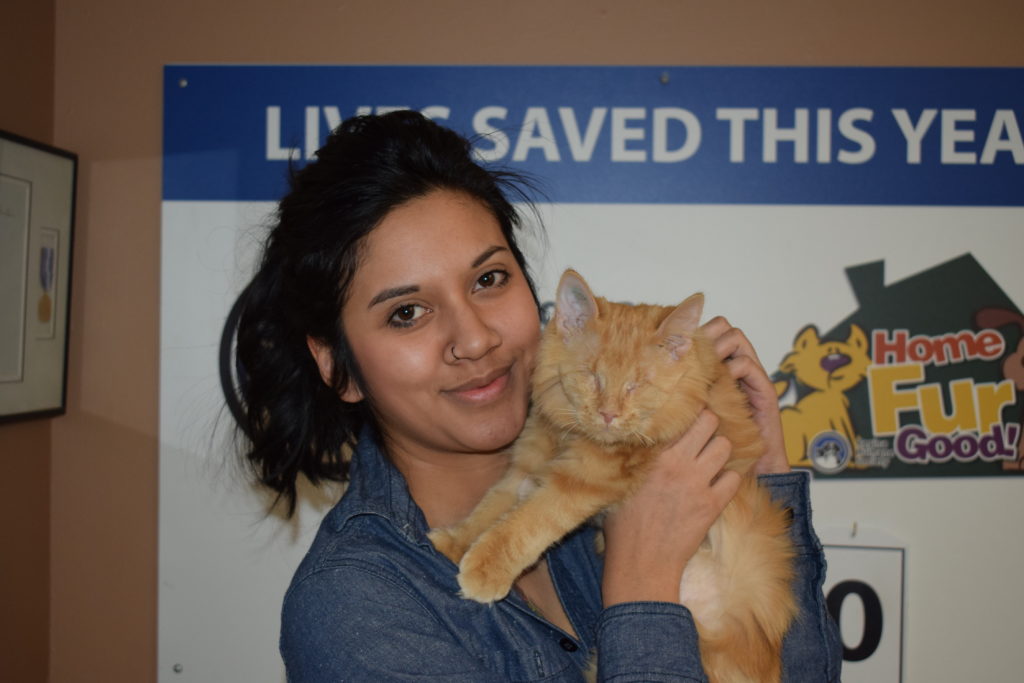