A young kitten was found in late November by a grid road outside of Regina. He had been abandoned in a dog carrier with just some kibble randomly tossed in to survive on. Trapped in his plastic prison, he could not seek life-saving water or shelter. It appeared he had been there for at least a day, maybe more, huddled in a corner trying to stay warm as the snow accumulated around him. He was slowly freezing, and barely moving when he was found. He had just about given up.

When he arrived at the RHS, Shelter staff began the slow process of warming him and encouraging him to eat. His long fur was terribly matted causing agonizing tension on his skin and an emergency groom was given, relieving his discomfort. When the fur was shaved, several painful wounds were revealed – the result of the pulling of the mats on his tender skin.  If that wasn’t enough, his delicate ears and tails had suffered frostbite from the devastatingly harsh winter cold. Ultimately, he would lose most of his beautiful tail and parts of both ears. Shelter staff named Kevin after the Home Alone character who was also left on his own during the Holidays.

Within a couple of days, Kevin was showing good signs of improvement, and following the amputation of his tail and parts of his ears, he was placed in foster care to rest, heal and ensure his recovery continued.

Finally, after two weeks in foster care, Kevin was all healed and ready to take the next step in his journey – finding a new home.  As it turns out, that journey was very short!  Within an hour of going up for adoption, a week before Christmas, Kevin was heading home with his new Dad!

When found, it appeared a tragic end was in store for little Kevin.  Because of you, and your support of the RHS lifesaving services, Kevin has received the most precious gift of all this holiday season – a second chance to find love and happiness. 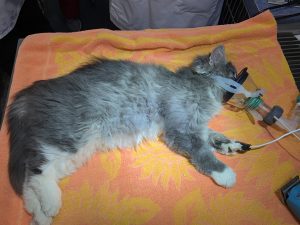 Shortly after arrival at the RHS 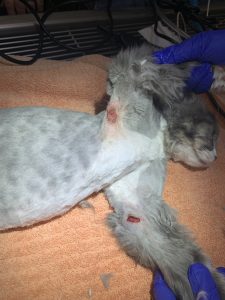 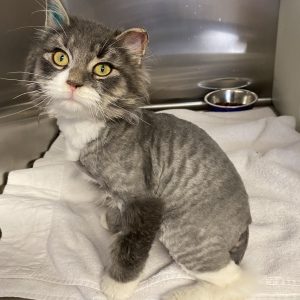 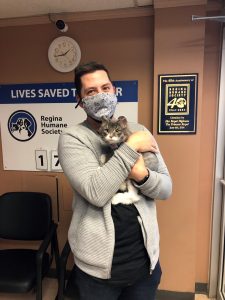